This is one amazing lady!

Not only has Jane completed 18 full marathons and more than 60 half marathons over the years, she is now a Fit Body Boot Camp Spartan Race Team member and looking to achieve her Spartan Trifecta in Hawaii this year. One of Jane’s 2016 New Year’s Resolutions was to join our Six-Pack-of-Peaks Hiking Challenge. So far she has completed every hike on the schedule and is seriously training for Mt. Whitney, the highest point in the continental United States coming up in September. She has logged well over 100 hiking miles so far and plans to keep that number rising. Jane even decided to complete two back-to-back Fit Body Boot Camp sessions in one day.

WOW! I love this lady!

Not only is she committed, she has also motivated and challenged others along the way. Congratulations, Jane!

Criteria for Fit Body Boot Camp’s Member of the Month is listed below and Jane has achieved it without question!

Keep it up, Jane……You are truly AMAZING!

These two “Beauty Queens” as they are referred to at boot camp, are quite the pair. Positive, fun, motivating, inspiring, entertaining, enthusiastic, genuine, cheerful, friendly, encouraging, dedicated and supportive!

Wow!  What more can you say?

Well, when it comes to this dynamic duo, there’s a lot more to say.

These lovelies have met all the criteria that we look for in highlighting our members:

They can be seen at boot camp on a constant basis, and have both participated in team events and challenges as well as continually promoting and encouraging a fit lifestyle to so many around them. They’ve taken on fears and obstacles and have succeeded in making fitness their lifestyle. They both swore they would “NEVER” compete in a Spartan race. In overcoming their fears, they accomplished this. Not only did they register, they encouraged a whole team to race alongside them to compete and complete it together.

Make sure you read each 0f their testimonies below!

We are SO PROUD to have these “TWINS” a part of the Fit Body Boot Camp Family!

Maria Rutti’s Testimony – “THE TRUTH ABOUT MY 90 DAY CHALLENGE” 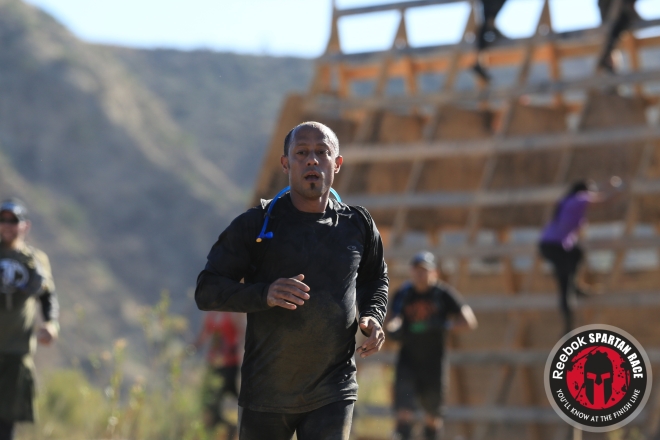 In his own words, Our February member of the month, Nathan, shares his story!

I bought my wife a Fit Body Boot Camp Groupon as a birthday gift.  It was funny, at the time, as I would almost every morning mock the members who would be dragging tires on the sidewalk outside our offices.  As every good wife, she dragged me into the exercise thing, to, of course, give me an opportunity to be a good, supportive husband.  The joke ended up being on me, as I then became the sucker dragging tires around and having old women running circles around 5-foot me.

Starting, unable to run around the old Rancho facility, to running two Spartans does hype you up.  Honestly, boot camp boredom was beginning to set in 6 months back, but I had no interest in doing the Spartan as it seemed overkill.  The realization that I needed a fitness challenge came just in time to rescue me from

slipping away from “forty and fit”.

We all need a challenge.
Someone said, “the best way to maintain is to obtain!”  I managed to finish the Super in the top 20% and the Sprint the top 5% at 44, not bad for a old boy. 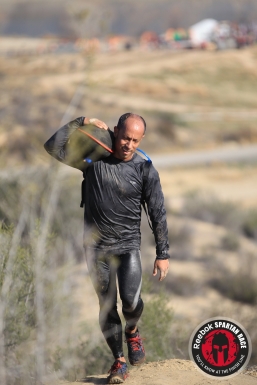 My first-time-around Trifactor I’ll run to finish and next year it will be to better my times. The year after that, to do the Endurance challenges.
Why not, life is short!
The coolest thing is that Spartan has now become a family event for the Isaacs’.  My two daughters, 8 and 6, did the Kids Race, and Becky has been inspired to do a Sprint this year.  The eye opener for me was that everybody is welcome to do the Spartan no matter what their fitness level.

I cannot take all the credit for my fitness progress. The Fit Body Family that is, the staff, as well as the members, all encouraged and actually contributed to me taking the Spartan challenge.
Thanks all!

It’s been an amazing experience to sit back and watch Nathan take his fitness seriously. He attends boot camp with his wife, Becky, and they bring their two daughters with them, on a regular basis. After losing 20 pounds and building his strength and stamina, Nathan decided to give racing a try. He registered for his first Spartan race, mastered the rope climb and started running to boot camp in preparation. Not only did he commit to one Spartan race, he actually committed and registered to compete in a Spartan Super and Spartan Sprint race in one weekend. That’s 2 races, over 12 miles and countless obstacles. He is now continuing to prepare and conquer the Spartan Beast and receive his Spartan Trifecta Medal. Way to go, Nathan! The Fit Body Boot Camp Team is so proud of you and your amazing accomplishments. 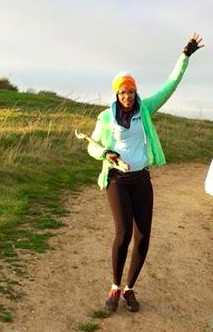 Patricia was chosen as Member of the Month to start out the 2016 season because of her incredible drive and determination to conquer….not only her goals but her FEAR as well!

On Patricia’s very first day of boot camp, she came because a few of her friends had invited her to join them. She drove around town unable to find our location and got lost. When she finally arrived, the boot camp session was half over and her friends were nowhere to be found. She told me she was there to do boot camp but she didn’t see her friends. That didn’t matter! She didn’t leave! She just got in with the boot camp members, completed the workout and hasn’t left since.

Patricia has attended on a regular basis and joined in on some of our outside events as well. Her biggest fear was to join run club that meets Saturday mornings before boot camp at Whiting Ranch. Why was that her biggest fear?

Well, the mountain lions, of course……but she came anyway.

Mountain lions are well known residents of this area and Patricia actually saw one in the past. She did not want to encounter or see another one ever again. She came to her first run club session so scared, she was sweating and almost in tears. So she brought along some kind of tool with a large wooden handle and what looks like a large hook on the end of it, just in case! She hasn’t stopped attending run club since, still brings her club, but  is no longer frightened to be out in the beautiful trails of Orange County.

Making the decision to join the Fit Body Boot Camp Spartan team was another difficult decision. But it was just one race, just to say she did it, just for fun! She completed her first Spartan Race and there was no stopping her since. She was now determined to complete the Spartan Trifecta, a total of 3 extreme obstacle course races with over 24 miles of trail running and more than 50 obstacles to conquer.

Once, conquering her Trifecta, she was UNSTOPPABLE. Patricia traveled all over…..Temecula, Monterey, Sacramento, Dallas, in order to complete not only one Trifecta, but to ensure that she would end the season with what is called a DOUBLE TRIFECTA! That means she completed 9 races…..not just any race, but SPARTAN RACE…. NOT ONE SPARTAN RACE, NOT 3…..BUT 6…..and some of these were back to back races over 2 days.

So let’s recalculate that:

Over 48 miles of arduous trails and more than 100 greueling obstacles.

I like to call her a SPARTAN DOUBLE TRIFECTA BEAST!

In order to get results, you first have to show up. You then have to make goals & commit to them…..NO MATTER WHAT!

NO MATTER THE LEVEL OF FEAR!

And that’s what Patricia continues to do on a daily basis!

Get ready to PURIFY and become clearer, brighter & lighter with Luisa Thiel and the Standard Process Purification Program.  This 21- Day program teaches you how to live a healthier life by purifying 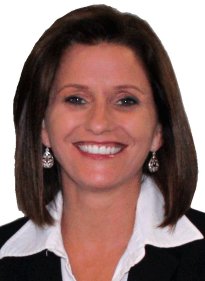 , nourishing, and maintaining a healthy body & weight. Luisa has helped many people reach their goals through the Standard Process Purification program and she is now ready to help you too!

RSVP to TrainerAli at TrainerAli@me.com if you are ready for PURIFICATION! 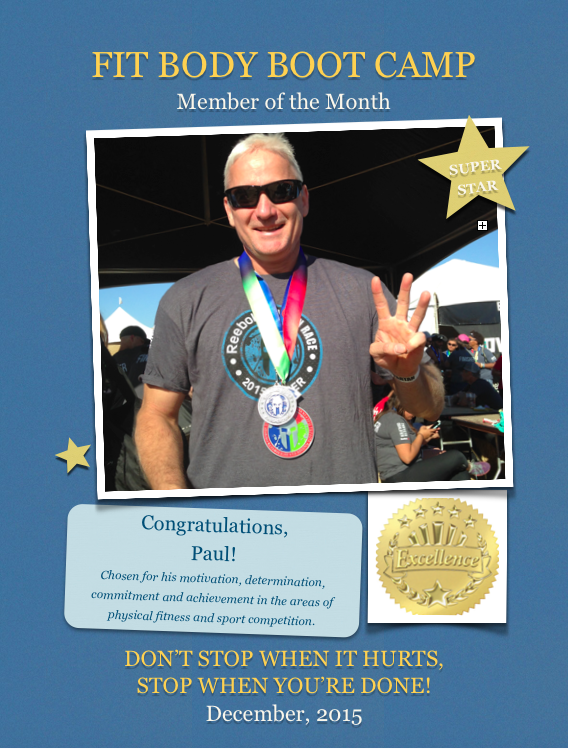 If anyone deserves this honor, it’s Paul. Somewhat quiet and reserved, he hangs in the background but works hard and is always ready to motivate and encourage others. I personally chose Paul as the last member of the month for 2015 because he exemplifies what it means to be dedicated to fitness and ended the year with a BANG!

In 2015 Paul accomplished several incredible feats. After participating in several races, he is the first Fit Body Boot Camp member to complete a Spartan Trifecta in Hawaii in one weekend, which comprises 3 very difficult and technical obstacle course races over only 2 days. He went on to complete a second and third Spartan Trifecta to include the most difficult course at the Spartan World Championship in Lake Tahoe.  Just so you understand, 3 Trifectas means 9 full races. But that wasn’t enough.

In total for 2015, Paul completed 16 races. These races include:

Now, you won’t be seeing too much of Paul for a short time because in his last race, the Spartan Super in November, Paul actually fractured his foot just before hitting the first mile of a 9 mile race. Of course, that did not stop him. He was determined to finish no matter what to ensure he completed his third Spartan Trifecta and receive a very coveted x3 medal.

So how did he do it?

In his words, Paul states, “Aside from occasional distance running, boot camp has been my SOLE training and preparation for these races. The trainers are amazing and push you far beyond what you could possibly do on your own. They help you progress by expecting more and more out of you, but stay focused on technique to avoid injuries while training. Ali and Oscar’s enthusiasm is contagious and their belief that I can complete
these races encourages me and gives me the confidence to do them.”

Paul was determined, committed & dedicated throughout the 2015 race season and it is an honor to present him as the 2015 Member of the Month for December.  Let’s see what he will bring to 2016. 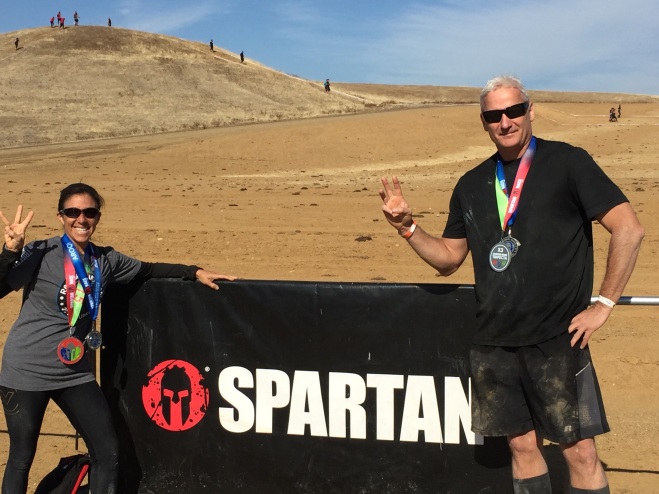